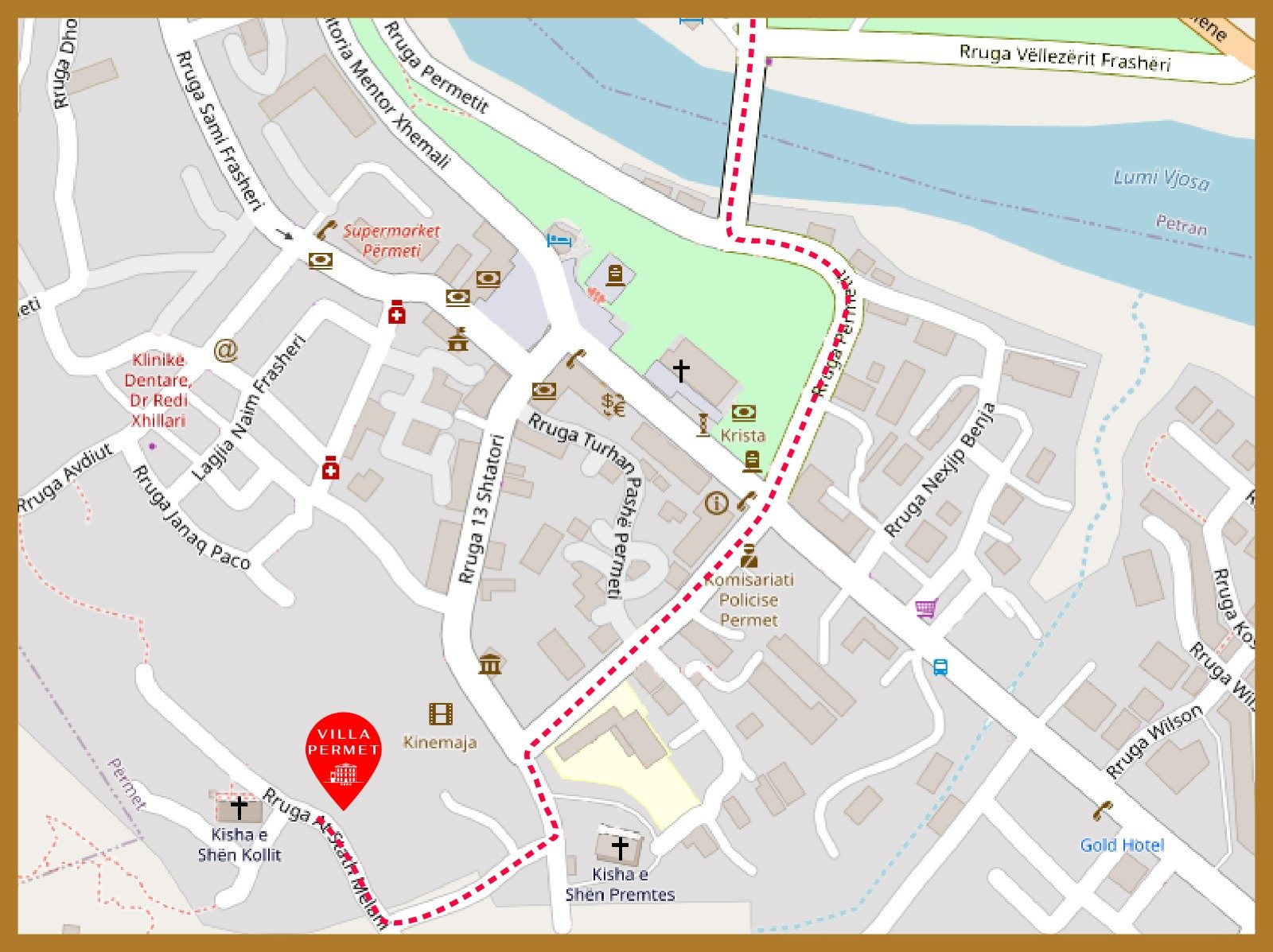 We suggest our guests come by car or rent one, move independently and enjoy the beauties of the surroundings in a better way.

We collaborate with the largest car rentals in the country and, for your convenience, offer rates at prices accessibles.

For those who prefer not to drive, we can contact the tenants of the local driver, with whom we have a close collaboration. We organize transfers on request to and from airports, as well as for daily excursions or just for a few hours.

For your convenience, we offer rates at discounted prices from the largest entry points in the country.

HOW TO REACH US

Leaving Tirana Airport, take the SH2 state road towards Durazzo (Durres) and then the SH4 from the port of Durazzo to the south. Continue south on SH4, which runs through the cities of Fier and Tepelena. After a few kilometers from Tepelena, keep your left to prepare to turn left towards SH75 which leads directly to Përmet.

FROM THE PORT OF SARANDA (OR ARRIVING FROM CORFU) 2 HOURS

Leaving the Port of Saranda, take the SH99 (and not the SH78 as indicated by Google). Once past the blue-eyed park (Blue Eye- Syri i Kalter) on the left, take the SH78 to Jorgucat. Turn left along the SH4 and, a few kilometres after passing the town of Argirokastro (Gjirokaster), get ready to take the SH75 on the right, which leads directly to Përmet.

On our official website we always guarantee the best available rate and exclusive proposals to live an unforgettable stay.

This site uses a secure server to confirm your credit card reservation, in accordance with the world’s Secure Socket Layers (SSL) encryption standard

Our staff is always at your disposal to follow you during the booking stages and offer you the best solution for your stay. Please contact us at +355 692 166 646 or email: info@villapermet.com